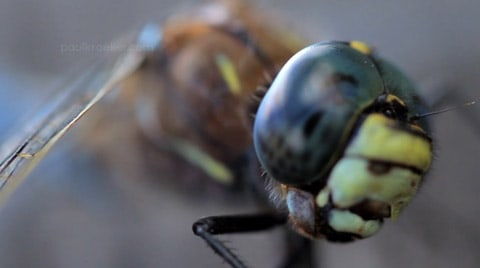 Usually insect deaths are not this beautifully dramatic, but the Gustavo Santaolalla soundtrack gives it some emotional heft.

Writes videographer Paul Kroeker: "The last moments of a Dragonfly's life captured on film. I did not hold this insect captive, it was just laying like this on my deck."

Last Moments Of Life from Paul Kroeker on Vimeo.

Previous Post: « GOP Candidates on Same-Sex Marriage: Debate Compilation VIDEO
Next Post: Michele Bachmann Asked if She Would Be Submissive to Her Husband: GOP DebateVIDEO »