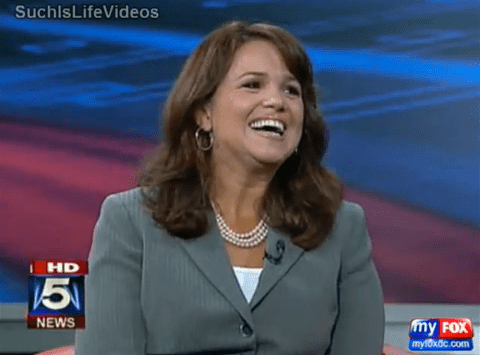 As we all know by now, failed senate candidate Christine O’Donnell walked away from an interview with CNN’s Piers Morgan earlier this week.

The failed senate candidate appeared on Fox News’ DC-affiliate yesterday and explained herself.

According to O’Donnell, she didn’t leave because of Morgan’s “creepy” sex questions, but because she had already gone over her alloted time. She also insists that Morgan’s inquiries about gay marriage were not a factor in her decision, and tells her Fox host that her views on same-sex nuptials are exactly the same as President Obama’s, Hillary Clinton’s and Michele Bachmann’s.

Watch O’Donnell explain herself, AFTER THE JUMP…