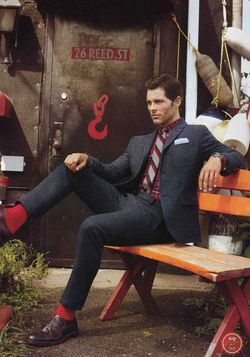 Despite all of her question dodging, Michele Bachmann tells the Boston Globe she's still committed to fighting marriage equality: "My core principles have not deviated. What I talk about is what people are interested in out here on the campaign trail. I am not shy about talking about standing for marriage between a man and a woman…’’

Actor Ryan Rottman will appear on 90210 next season as "smart, handsome gay 20-something who is confident in his identity and is committed to fighting for marriage equality." The Nickelodeon actor also once recorded a video for the site Straight But Not Narrow, and told viewers, "There’s a million reasons why you shouldn’t be friends with someone – except for them being gay."

Life-like Will and Kate dolls?

Anne Hathaway thinks some of her ex-boyfriends may be gay.

A pop-up ice cream shop for gays makes its debut in London this weekend. I hope it serves straight people, too.

Which Nicolas Cage movie would you rather see: Ghost Rider: Spirit of Vengeance or Trespass? Or, as an alternative, Peggy Sue Got Married? 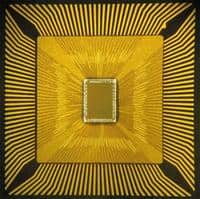 IBM's new computer chip is based on the human brain: "Each of IBM's brain-mimicking silicon chips is a few square millimetres in size and holds a grid of 256 parallel wires that represent dendrites of computational 'neurons' crossed at right angles by other wires standing in for axons. The 'synapses' are 45-nanometre transistors connecting the criss-crossing wires and act as the chips' memory; one chip has 262,144 of them and the other 65,536. Each electrical signal crossing a synapse consumes just 45 picajoules – a thousandth of what typical computer chips use."

Actress Olivia Wilde wonders, "Who doesn’t want to be an 18-year-old boy?" Probably a lot of people; including me. I'm alright with my age. 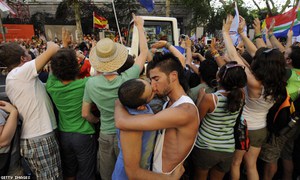 Thirteen-year old girl and her parents injured after someone mistakes fireworks for candles.

National Organization for Marriage president Brian Brown makes predictable, repulsive and baseless argument: "When you knock over a core pillar of society like marriage, and then try to redefine Biblical views of marriage as bigotry, there will be consequences. Will one of the consequences be a serious push to normalize pedophilia?"

An image from the failed kiss-in protesting Pope Benedict.