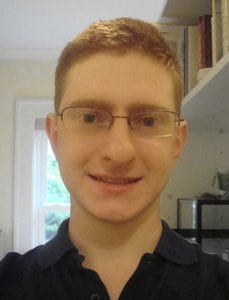 Lawyers for Dharun Ravi, the man accused of bullying late Rutgers University Tyler Clementi, have asked that the charges against their client be dropped.

Ravi, they say, didn't use a webcam spy on Clementi, who killed himself after being harassed for being gay; rather, Ravi wanted to make sure that no one was stealing his belongings.

And to prove their case, the defense team has submitted web transcripts and emails that they think will help paint a clearer picture of what happened before Clementi took his own life.

The papers, hundreds of pages in all, include transcripts of some of each student’s online chats and of interviews with witnesses.

Mr. Ravi’s lawyer attached them to a motion seeking a mistrial and a court order compelling the prosecution to identify the man whom Mr. Clementi took to his dorm room.
…
Mr. Ravi’s co-defendant, Molly Wei, who has known Mr. Ravi since grade school and has agreed to testify against him, described him to investigators as a braggart and a habitual liar, who tried to mislead the police into thinking that the spying was unintentional.

Even before he met his future roommate, Mr. Ravi had learned from some Internet research about Mr. Clementi’s sexual orientation, had written about it on Twitter and was discussing it with friends.

On Sept. 19, three days before he killed himself, Mr. Clementi asked Mr. Ravi to leave their room for a few hours. Mr. Ravi figured out that his roommate intended to have another man visit.

“Dharun’s in my room and he’s kind of freaking out,” Ms. Wei said of the episode in an interview with investigators, adding that he had said he was worried the visitor would steal his iPad.

Mr. Ravi set up his webcam so that they could view his room on Ms. Wei’s computer, and later turned it on and saw Mr. Clementi and his guest, their shirts off, kissing and touching. “We were both kind of just in shock,” she said, “just freaking out.”

According to the Times, the chat transcripts also show that Clementi was unconcerned about being outed, that the 18-year old's mother was unsupportive of her son and that he preferred to be alone, rather than socialize.

"I would die if I was forced to always have people around me," the teen wrote in one chat.

The detail that strikes me here is the fact that Ravi and Wei were "freaking out" about Clementi having sex with another man, yet continued to watch. If they were so disturbed, rather than having a cheap laugh, why didn't they find something else to do?