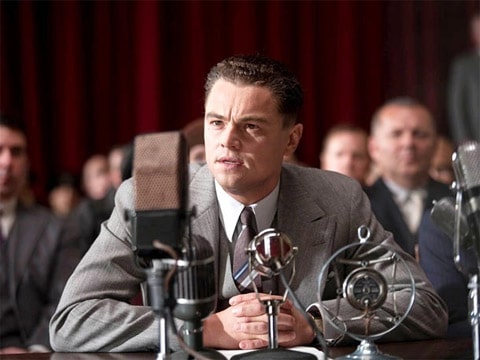 Leonardo DiCaprio's boyishness has all but evaporated in this new still from the forthcoming-in-November flick J Edgar.

Entertainment Weekly writes: "The movie traces Hoover's life from his childhood in Washington, D.C., through his ascent to power in the 1920s, his 50-year reign over the FBI, and his death in 1972 — with Leonardo DiCaprio donning prosthetic makeup to portray the man well into his bulldog-like elderly years. 'To me, it's really a story of how absolute power corrupts absolutely,' says the star. 'He was always an outsider.'"

And, of course, his secret gay relationships.