Malaysia's trans community is speaking out following the death of Aleesha Farhana, a young Muslim who made headlines after her application to the government to change the gender on her national ID card, Indian Express reports: 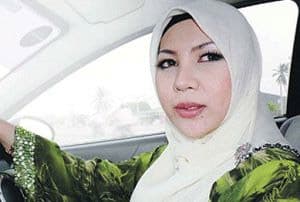 Aziz was admitted to a hospital at Kuala Terengganu, about 500 kilometers northeast of Kuala Lumpur, yesterday after experiencing heart problems and low blood pressure, it said. Doctors said that he was suffering from unstable chest pains associated with heart disease. The youth had undergone a sex change operation in Thailand in 2009.

The passing of Aleesha Farhana over the weekend has sparked off a call from Malaysia’s trans community for the government and media to end all forms of discrimination against them.

In a statement signed by 17 NGOs and 600 individuals, the trans community condemned [High Court judge, Yazid Mustafa]’s decision as inconsistent with a precedent set in 2005 when a similar application was granted to a mak nyah.

The community said they believe that Aleesha died from severe depression after her application was rejected and urged the court to give her the justice she sought.