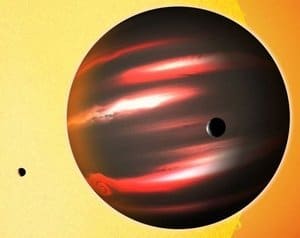 Rick Santorum vows to never give up his anti-gay social conservatism. Does that include his post-2012 life? Because, you know, he is not going to win the Republican presidential nomination.

This is cool: "A planet orbiting a distant star is darker than coal, reflecting less than one percent of the sunlight falling on it…  The strange world, TrES-2b, is a gas giant the size of Jupiter, rather than a solid, rocky body like Earth or Mars, astronomers said."

These pussies look so angry, embarrassed and confused.

A run down of Rick Perry's anti-gay past.

Scene from the Ames Straw Poll: "It's tough to get inside Michele Bachmann's tent at the Ames Straw Poll. Just a few yards away from Herman Cain's headquarters, where you can walk right up and grab a slice of Godfather's Pizza, the line stretches well out the door—and it's moving especially slowly because only Bachmann supporters are allowed in." Sounds like a horror show — with pizza!

After 29 years together, Joy Behar and her beau have married.

Tina Fey has a new baby, a girl named Penelope Athena, which is a truly awesome name. 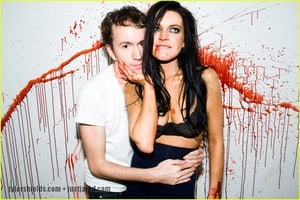 You may have heard this, but Republican presidential candidate Herman Cain loves Donna Summer. And yet he hates the gays…

U.S. officials are worried that Yemen-based Al-Qaeda operatives want to use the toxin ricin to attack nation, but the group is having trouble: "These officials also note that ricin's utility as a weapon is limited because the substance loses its potency in dry, sunny conditions, and unlike many nerve agents, it is not easily absorbed through the skin. Yemen is a hot, dry country, posing an additional challenge to militants trying to produce ricin there."