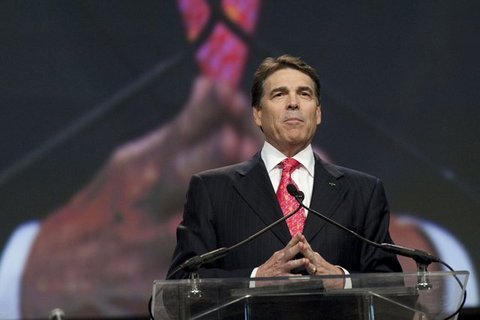 I’m not sure if it is the accent, the fact that Perry was George W. Bush’s lieutenant governor or if it’s simply because their religious politics are so similar, but watching Perry’s announcement is like a flashback to a bygone political era.

Watch a segment from Perry’s announcement, AFTER THE JUMP…