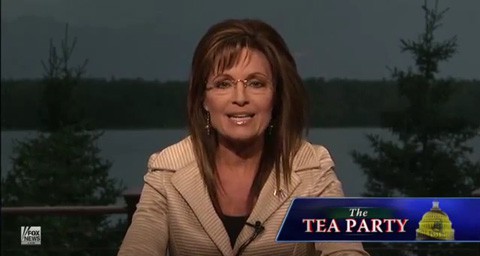 The suggestion whipped Palin into a froth:

"Let's call them out on their hypocrisy then Sean, because enough is enough. And I'm not just gonna roll over with a sticker plastered on my forehead that says 'hit me baby, one more time! Call me a terrorist again, call me a racist.' Those things that Tea Party patriots have been called again over these months."

In other news, Palin's former hair salon, the Beehive Beauty Shop, is getting its own reality show:

TLC announced that “Big Hair Alaska" — a new special that "goes inside a busy hair salon is Wasilla, AK, where the personalities of the owner and her staff are as big as the hairstyles they create” — will air this fall.