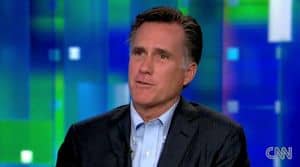 The character attacks on Romney will focus on what critics view as a makeover, both personal (skinny jeans) and political (abortion).

“People already knew that he’s a political opportunist of the highest order — changing his positions to suit the day’s polling,” said Bill Burton, Obama’s former White House deputy press secretary who now heads Priorities USA, an independent group expected to lead Democratic attacks on the Republican nominee. “But the last couple weeks, this lack of principles has translated into a total lack of leadership on issues like the debt ceiling.”

Burton said his group has begun conducting polling and focus groups on perceptions of the Republican candidates and had found doubts about Romney’s character.

Democrats also plan to amplify what Obama strategists described as the “weirdness” quotient, the sum of awkward public encounters and famous off-kilter anecdotes, first among them the tale of Romney’s once having strapped his dog to the roof of his car.

The dog story was always the clincher for me. Aside from his negative LGBT rights positions, anybody who can be that willfully cruel to an animal or just plain idiotic should not even be considered.