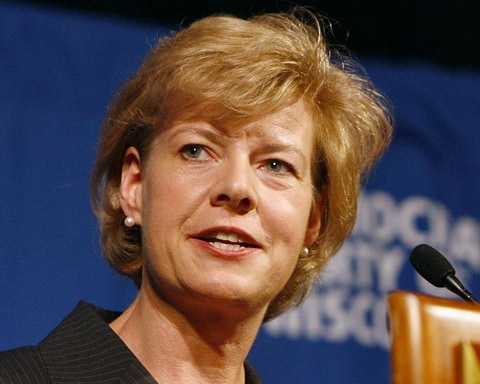 Democratic Rep. Tammy Baldwin has not yet said whether she plans to run for Sen. Herb Kohl’s soon-to-be vacated Senate seat, but a Public Policy Polling survey shows the openly gay lawmaker has a good shot at winning.

Certainly Baldwin is at her strongest in the three way race with voters describing themselves as ‘very liberal,’ with whom she leads Kagen by 42 points and Kind by 47. But she’s also up 19 on Kind and 31 on Kagen with voters identifying just as ’somewhat liberal’ and even with moderates she basically runs even with Kind, getting 23% to his 24% with Kagen back at 16%. In the head to head with Kagen, Baldwin is up double digits with every ideology group. If she runs and Feingold doesn’t, she’s going to be pretty difficult to beat in a primary.

Chuck Wolfe from the Gay and Lesbian Victory Fund says that he and his organization will make Baldwin’s campaign their “top priority.”