The 9th Circuit Court of Appeals stayed Judge James Ware's order to unseal videotapes of the Prop 8 trial so it could be briefed on the case, the AP reports: 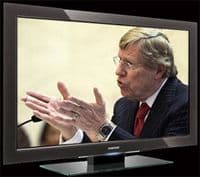 Lawyers for the coalition of religious and conservative groups that qualified the ban for the November 2008 state ballot have appealed U.S. District Judge James Ware's decision to the 9th Circuit…

…The appeals court asked Proposition 8 sponsors and the lawyers for two same-sex couples who sued to overturn it to get their written arguments in by Oct. 10. The 9th Circuit already is considering whether another federal judge erred when he struck down the ban, known as Proposition 8, as unconstitutional.

The tapes were set to be unsealed on September 30.