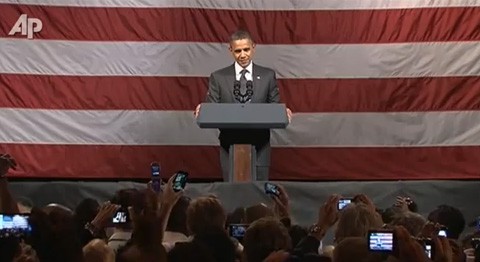 President Obama was heckled by a wingnut named David Serrano at a House of Blues fundraiser last night in L.A..

The heckler was identified as David Serrano, the NYDN reports:

"He yells out his statements, which are very mistaken, odd interpretations of scriptures," Bell said. "He's been pretty close to being thrown out of our meetings. When he calls Supervisor Antonovich 'Mikey,' it's very vitriolic. He's not a pleasant guy. He talks about Jews in his diatribes and seems very anti-Semitic. I don't have the impression he's dangerous, but he has issues that could use some help.