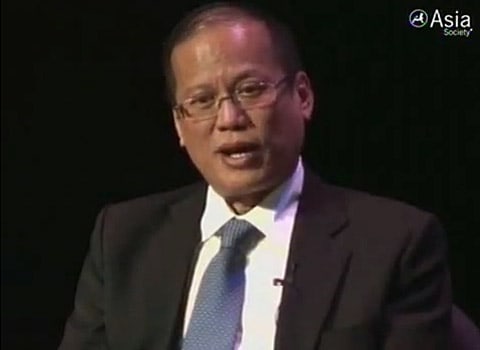 Philippine President Benigno Aquino was asked about gay marriage in an interview yesterday while in New York for the UN General Assembly. Aquino suggested he would support the rights of gays and lesbians to do what they want in that regard but fell short of endorsing it. Aquino then suggested same-sex marriage would lead to adoption by gay couples, which he opposes.

“Gay marriage—I don’t think I’m ready to tackle that fight right now. But the perspective… it is their choice. Normally I would say, you’re adults, you should be able to do whatever you want so long as it doesn’t harm anybody else….But if the next step is [that they] want the right to adopt, then I would be in a dilemma as to whether or not the child that will grow up in this world with a lot of problems would also have to, from the get-go, address that particular issue also at a very young age.”