People for the American Way has launched a petition calling on Ledyard, New York Town Clerk Rose Marie Belforti to sign marriage licenses for same-sex couples or else resign. PFAW says the town board on Monday night failed to address a letter from People For the American Way Foundation, working with the law firm Proskauer Rose, LLP, regarding Belforti's refusal to fulfill her lawful obligations in line with New York's Marriage Equality Act. 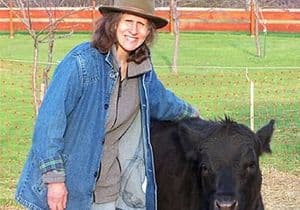 Writes PFAW in a press release:

“Elected officials can’t pick and choose which laws they’ll follow,” said Michael Keegan, President of People For the American Way Foundation. “The state of New York did the right thing by offering the protections of marriage to same-sex couples. It’s not up to individual officials in particular towns to decide whether or not they’ll adhere to the law.”

The clerk, Marie Belforti, had publicly stated that she would refuse to sign marriage licenses for same-sex couples, and in order to do so, she received the town’s permission to stop certifying marriages altogether. Ms. Carmichael and Ms. DiBiaggio were told to return at a later date by appointment only and a subordinate official would sign their marriage license.

“The Ledyard Town Board’s attempt to dodge the issue is inexcusable,” said Keegan. “The Board needs to make clear that it’s going to do everything in its power to enforce state law and make sure that same-sex couples can access the protections that come with civil marriage.”

You can read the letter from PFAW and attorneys below: