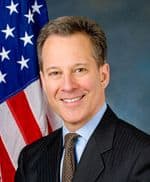 New Yorkers for Constitutional Freedoms and several other opponents of the law sued on July 25, claiming in part that the law should be nullified because the state Senate violated its own rules and the state’s open meetings law before the critical vote that led to its narrow passage.

Schneiderman has requested an October 17 hearing.