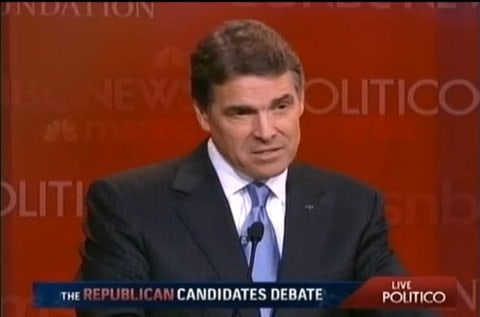 It did, however, feature several "moments". Here are two.

In the first Newt Gingrich scolded moderator John Harris for trying to get the candidates to cross each other.

In the second, the crowd at the Reagan Library applauded and cheered twice at the notion that Texas has executed so many people for their crimes.

In related news, an MSNBC poll following the debate shows Ron Paul as the winner, with Mitt Romney and Rick Perry as second and third, respectively.

Previous Post: « NOM to Spend $75K to Defeat Pro-Equality Democrat David Weprin in Race for Anthony Weiner’s Seat
Next Post: Lifetime Ban on Gay Blood Donation to Be Lifted in Parts of UK »