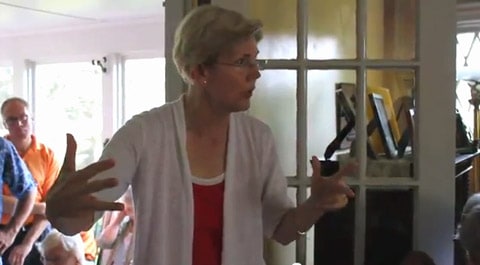 A new clip of Harvard law professor and consumer advocate Elizabeth Warren, who is challenging Scott Brown for U.S. Senate in Massachusetts, shows why she'll be a formidable debate opponent and showcases her skills in discussing the debt crisis, fair taxation, and the "class warfare" accusations leveled by Republicans against President Obama over raising taxes on the rich.

Explains Warren in this clip from her talking tour: "There is nobody who got rich on his own."