Amy Winehouse's was killed by an alcohol level in her body that was five times the legal limit, a coroner has ruled: 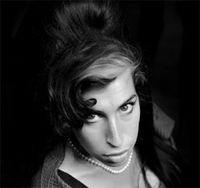 No cause of death was determined by an initial autopsy, and though she had struggled with addictions to drugs and alcohol throughout her life, her family said over the summer that a toxicology report found no illegal substances in her system.

A ruling delivered Wednesday by a coroner in Britain, Suzanne Greenaway, said the official cause of Ms. Winehouse’s death was “death by misadventure,” The Associated Press reported. Reuters reported that an inquest found that the singer had 416 milligrams of alcohol per 100 milliliters of blood when she died; the legal driving limit in Britain is 80 milligrams.