Barney Frank responds to Newt Gingrich's suggestion in last night's debate that he and Chris Dodd should go to jail for the economic mess the country is in. 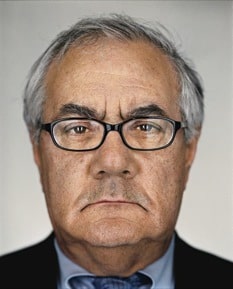 “It’s interesting, the charge is failure to stop Newt Gingrich and Tom Delay from deregulating,” he said. “This notion we caused the problem that started while they were in charge even by Gingrich’s standards is very odd.”

Frank speculated that Gingrich’s comments were borne out of frustration with his campaign.

“He’s been having a bad year, you know — this self-styled intellectual leader of the free world struggling to stay ahead of Michele Bachmann in the polls is unsettling him so he talks even sillier than he sometimes does,” he said.