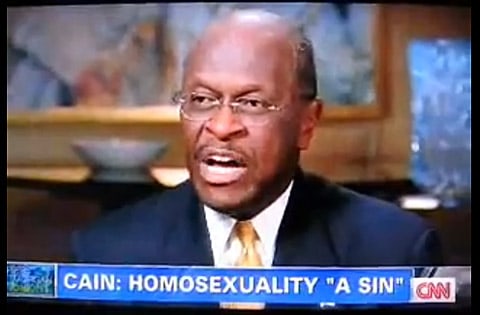 Morgan asked Cain about his view that homosexuality is a sin.

When Morgan suggested that his comments were like a gay person telling Cain that he chose to be black, Cain replied, "Piers, this doesn't wash off. I hate to burst your bubble."