The LGBT rights movement has lost one of its civil rights heroes and bravest champions. Frank Kameny was found dead at his home today in Washington D.C. He was 86, the Washington Post reports: 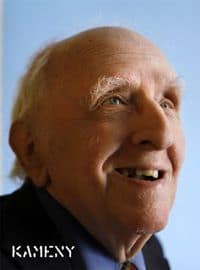 His death…on National Coming Out Day, came in a year when gay people were accorded the right to serve openly in the armed forces, and D.C. Council member David A. Catania (I-At Large) noted this Tuesday night.

In his efforts throughout the years, Mr. Kameny was one of the fathers of that achievement, said Catania, the first openly gay man elected to the D.C. Council…

…Mr. Kameny was generally credited as an originator of the slogan “Gay Is Good.” Those words symbolized not only his skill at advoacy, but they also the beliefs that he championed.

In numerous ways over the years, starting at a time when those openly asserting their homosexuality could place themselves in physical jeopardy, Mr. Kameny worked to increase the acceptance of gay people in mainstream American society and to recognize their rights.

Among many other things, Kameny helped organize the first gay rights protest in front of the White House in 1965 and founded the Mattachine Society, one of the nation's first gay rights groups. 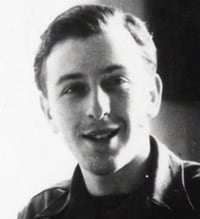 Kameny, a World War II vet, was fired from his job with the U.S. Government in 1957 for being gay. Upon having his papers accepted, he said: "Nearly fifty years ago, the United States Government banned me from employment in public service because I am a homosexual. This archive is not simply my story; it also shows how gay and lesbian Americans have joined the American mainstream story of expanded civil liberties in the 20th century. Today, by accepting these papers, the nation preserves not only our history but marks how far gay and lesbian Americans have traveled on the road to civil equality."

In 2007, Kameny called for mercy for then Idaho Senator Larry Craig, who was caught soliciting sex in a bathroom stall by a Minneapolis police officer. Said Kameny: "Fair is fair. [Craig] was the victim of a false arrest and a malfeasant prosecution."

Kameny's home was declared a historic landmark in 2009, "…not because of its gabled roof or side-hall plan, but because, for 13 fiery years, it was the epicenter of the gay rights movement in the nation's capital," wrote the Washington Post.

Later that year, he received an official apology from White House Office of Personnel Management head, openly gay John Berry, for firing Kameny in 1957 because he was gay.

In December last year, Kameny was seated in the front row as 'Don't Ask, Don't Tell' repeal was signed into law, and last May, his papers went on display at the Library of Congress for the first time.

Kameny came out at a time when it was not only extremely brave, but dangerous, and sacrificed much in the process. May he rest in peace.

Watch Kameny talk to AARP and the Washington Blade about activism and his role in the beginning of the gay rights movement, AFTER THE JUMP…