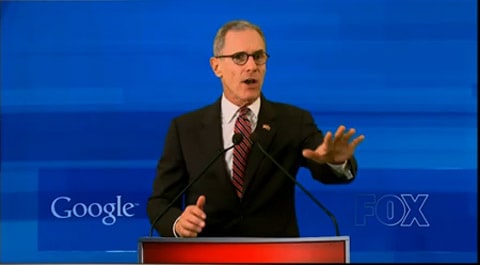 Gay GOP presidential candidate Fred Karger has been shut out of all major Republican debates (despite meeting the qualifications) but is still angling for his voice to be heard in New Hampshire.

In a new ad, Karger lets voters know he wouldn't have stayed silent during the booing of gay soldier Steven Hill. The ad debuts at the Grafton County Republican Committee Columbus Day Dinner this evening.  Karger is scheduled speak at the dinner along with former Governors Jon Huntsman and Buddy Roemer and Ann Romney.