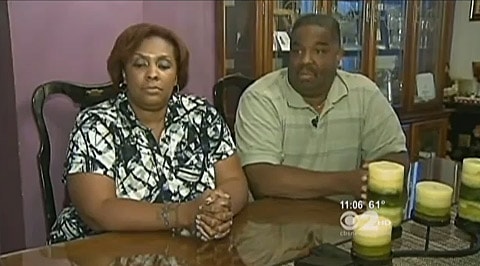 CBS New York went to the home of anti-gay NJ teacher Viki Knox and her husband Gene spoke out in her defense.

Said Knox's husband: "The ones that are vilifying her, if they knew her, they would not. They would not do that or say that…Everybody's entitled to an opinion…They can persecute her, but they can't prosecute her."

Viki Knox remained silent. Which is funny, because she had so much to say on Facebook.