An out lesbian has been confirmed to the federal bench, the Washington Post reports: 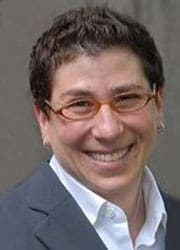 Alison Nathan, who has served as an adviser to President Barack Obama, is the third openly gay person confirmed to the federal bench. The Senate approved Nathan’s nomination to the U.S. District Court for the Southern District of New York by a 48-44 vote Thursday.

Republicans said they opposed Nathan’s confirmation because she indicated in a book that judges should consider foreign law in rulings. Sen. Jeff Sessions, the senior Republican on the Judiciary Committee, said Nathan’s record indicates she has an “activist viewpoint.”

Five members of the Democratic caucus did not vote for Nathan's nomination, and no Republicans voted for it. Less than three months ago, U.S. District Court Judge J. Paul Oeken, was confirmed with the support of 28 Republicans. Oetken also sits on the Southern District of New York bench and currently is the only out gay male judge serving in one of the lifetime tenure positions in the federal judiciary.

Senate Judiciary Committee Chair Patrick Leahy (D-Vt.) said on the Senate floor there was “no question the Senate should confirm Ms. Nathan.”

“As her resume shows, she is an accomplished nominee with significant experience in private practice, academia and government service,” Leahy said. “Twenty-seven former Supreme Court clerks have written to the Judiciary Committee in support of Ms. Nathan’s qualifications, including clerks who worked for the conservative Justices.”

Currently special counsel to the Solicitor General of New York, Nathan has also served as a special assistant to President Obama and an associate White House counsel. Before joining government service, she taught law first as a visiting assistant professor at Fordham University Law School, and later as a Fritz Alexander fellow at New York University School of Law.