In February 2010, a federal appeals court upheld a December 2008 ruling by U.S. District Court judge Jay Zainey ordering the state of Louisiana to list both names of adopted gay parents, Oren Adar and Mickey Ray Smith, on their son's birth certificate. Their son was born in Louisiana but they adopted him in New York. The couple now lives in Orlando, and their case was overturned in April. 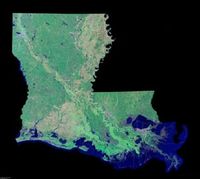 In July, Lambda Legal asked the Supreme Court to take on the case.

The Court has declined:

The court said Tuesday it won’t review a federal appeals court ruling against the adoptive parents. The appeals court ruled that the Louisiana registrar’s insistence that only one father’s name can go on the certificate does not violate the child’s right to equal protection under the law or deny legal recognition of the adoption by both men. The adoption occurred in New York, which allows same-sex couples to adopt.