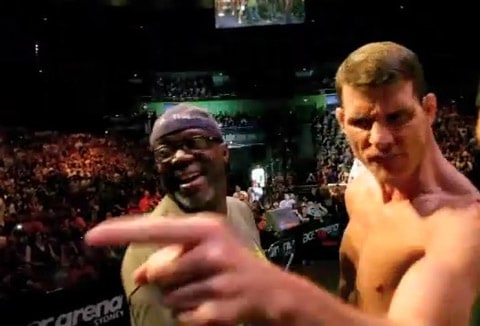 They write, in part:

"Bud Light has been a major sponsor of recent gay pride celebrations in Houston, Los Angeles, New York and San Francisco, among other cities, as well as last year’s Gay Days celebration in Orlando, Fla.  However, we believe it is hypocritical of Anheuser-Busch to advertise Bud Light during gay pride events that celebrate diversity and tolerance, while sponsoring a professional sports organization that tolerates hateful language and anti-gay bigotry."

They also detail a long list of complaints regarding anti-gay behavior against the UFC.

Read their full letter, AFTER THE JUMP…

Much of the anti-gay behavior detailed in the letter can be found here. The activists have also started a petitiion urging FOX to drop the UFC.

RE: Anti-gay behavior in the Ultimate Fighting Championship (UFC)

We are writing you to raise our concerns about Anheuser-Busch’s sponsorship of the Ultimate Fighting Championship (UFC).  People associated with this professional sports organization have a history of tolerating homophobic conduct that is hostile to millions of lesbian, gay, bisexual and transgender (LGBT) people all over the world who struggle every day against bigotry and discrimination.

The following are recent examples of anti-gay behavior by people associated with the UFC:

> In recent videos, UFC light heavyweight Quinton “Rampage” Jackson repeatedly urged Japanese fans to repeat an anti-gay slur.  The fans, who do not appear to understand English, repeated the anti-gay slur at Jackson’s urging. In one video, Jackson instructed a Japanese man to say, “Goodbye, I want you to piss on my face.”

> In an expletive-filled video rant posted on YouTube.com, UFC president Dana White used an anti-gay slur, saying, “Whoever gave you that quote is a [expletive] and a [expletive] faggot and a [expletive] liar and everything else.”  He also uttered the “F” word a total of 34 times, the “S” word 4 times, and referred to a female sports journalist as a “[expletive] dumb bitch.”

> According to the Los Angeles Times, “Rampage” Jackson shouted “every conceivable gay slur” at a movie crew member of “The A-Team” who had called him a homophobic epithet.  He was also quoted in the article saying, “Acting is kind of gay. It makes you soft.”

> In a recent UFC promotional video, Michael Bisping, a UFC middleweight fighter and coach on the reality television show “The Ultimate Fighter,” screamed an anti-gay slur at his opponent.  In a media conference call, Bisping tried to smear an opposing coach on “The Ultimate Fighter” by saying that his opponent had a “gay chiropractor” on his staff.

> Joe Rogan, who does commentary for televised UFC events, recently used a homophobic slur while referring to a MMA blogger.  Rogan also to referred to an MMA blogger as a part of the female anatomy. According to sportswriter Kevin Iole of Yahoo! Sports, Rogan then wrote on a blog, “Never did I imagine that so many people would get their panties in a bunch about the use of the word [expletive] to describe a female blogger.”

> In August, UFC heavyweight Antonio Rodrigo Nogueira was quoted saying that he would not train with gay students. He was quoted in USA Today saying, “What if the gay person has that malice of having physical contact with me, of staying there grappling? I would have no problems having a gay student in my academy, but I would rather not train with him.”

You can find videos and news articles related to this anti-gay behavior at the following website: www.UnfitForChildren.org

Remarkably, we have yet to find evidence that any of the UFC athletes identified in this letter have been disciplined by the UFC or its owners for this contemptible behavior. By contrast, other professional sports organizations have taken a hard stance against anti-gay conduct and have held athletes accountable through suspensions and/or fines when athletes have used homophobic epithets.

Bud Light has been a major sponsor of recent gay pride celebrations in Houston, Los Angeles, New York and San Francisco, among other cities, as well as last year’s Gay Days celebration in Orlando, Fla.  However, we believe it is hypocritical of Anheuser-Busch to advertise Bud Light during gay pride events that celebrate diversity and tolerance, while sponsoring a professional sports organization that tolerates hateful language and anti-gay bigotry.

We request that you stop advertising Bud Light during UFC events until the UFC’s owners make it evident to the public that it no longer tolerates homophobic behavior, and adopts and enforces a code of ethical conduct that ensures that participants in the UFC act in accordance with commonly accepted standards of decency.

We also ask you to contact us within ten (10) days of receiving this letter to discuss this further. For more information, please call Chris Serres at (702)-386-5231 or send an e-mail to cserres@culinaryunion226.org.