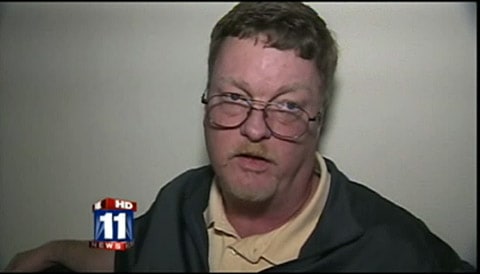 FOX News 11 spoke with the father of murdered gay teen Larry King yesterday after news broke that his killer, Brandon McInereney, accepted a plea deal that would put him in prison for the next 21 years.

Said King: "I honestly believe that murder is murder and that Brandon McInerney executed my son with the precision of a cold-blooded assassin. I don't think this is second-degree murder. I don't think it's manslaughter."

Of McInerney's sentence, King added, "At the end of the day I think this is something that we can accept."

Asked to comment on the fact that teachers reportedly encouraged Larry King's effeminate behavior, King said, "They should have to answer for what they did, but, uh, at the end of the day Larry did not deserve to be murdered and the Defense trying to paint that Larry somehow deserved to be murdered, to me, is unconscionable."

Previous Post: « Think Progress Teaches Romney a Lesson About Using Quotes Out of Context: VIDEO
Next Post: More Than 15 Killed in Fire at Transgender Gathering in India: VIDEO »