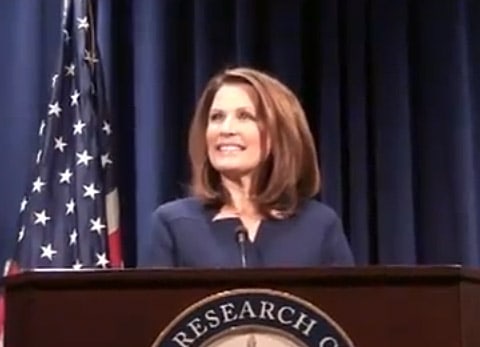 At a presser for the Family Research Council, Bachmann took another question on same-sex marriage.

"I believe marriage is between a man and a woman. I don't stand for the proposition that marriage can include people of different sexes or multiples on either side. Marriage is one man and one woman."