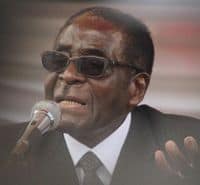 Zimbabwe President Robert Mugabe isn't having it, the Telegraph reports:

Mr Mugabe, 87, said the concept was "stupid" and that homosexuality was inconsistent with African and Christian values.
His view will garner much sympathy both at home and elsewhere in Africa, where homosexuality is frequently a taboo subject and outspoken opposition to it a vote-winner. 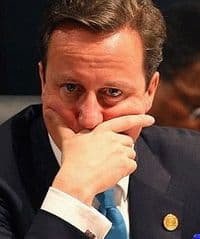 "It becomes worse and Satanic when you get a prime minister like Cameron saying countries that want British aid should accept homosexuality," he said. "To come with that diabolical suggestion to our people is a stupid offer."

Speaking to a group of young people at a community event in a mining town in Zimbabwe's Midlands region, he added that it was "impossible for John to marry Jack or Maria to marry Theresa".

"Do not get tempted into that (homosexuality). You are young people. We will punish you severely," he was quoted as saying in the state-run Herald newspaper. "It is condemned by nature. It is condemned by insects and that is why I have said they are worse than pigs and dogs."

Uganda, Ghana, and Malawi are among the countries that have already responded with anger to the PM's proposed cuts.