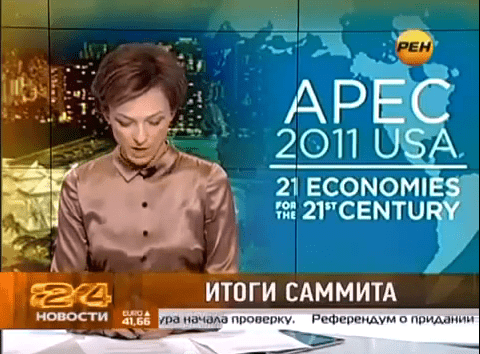 Apparently, this Russian newswoman wasn't really giving Barack Obama the finger. She thought she was only broadcasting audio, and the intended audience of her bird-flip was somebody in the studio. She was fired anyway.

Joseph Epstein explains how gossip, trivia, and stupidity took over the news.

Gen Jacobson said a combined force of Afghan and Nato troops were in the area when "a tactical situation developed on the ground", though he gave no more details.

He said close air support was called in, and "we're aware it's highly likely this caused casualties".

Military sources told the BBC's Quentin Sommerville in Paktika province in Afghanistan that a US-Afghan special forces mission had been in the area, where they believed a Taliban training camp was operating.

They said the mission came under fire from a position within Pakistan, and they received permission from the headquarters of Nato's Isaf mission to fire back.

In a statement, Isaf commander Gen John R Allen said the incident "has my highest personal attention and my commitment to thoroughly investigate it to determine the facts".

"My most sincere and personal heartfelt condolences go out to the families and loved ones of any members of Pakistan Security Forces who may have been killed or injured."

Who are America's biggest religious lobbyists, and how much do they spend?

The groups are ideologically diverse, but data collected by Pew shows that conservative groups tend to have the biggest budgets … 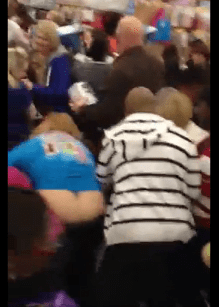 Nice profile of Zach Huston, the gay high school freshman whose savage beating at the hands of a classmate became a flashpoint in the world's struggle against bullying. (Though his mum said something on the second page that s might strike some readers as impolitic. Thoughts?)

Really, there should have been a Human Planet segment devoted to Black Friday.

Muppet fever rages around the world. Here's a musical retrospective.