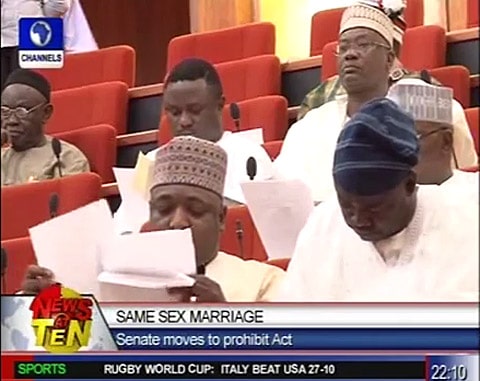 Nigeria has proposed a bill that would criminalize same-sex marriage in a country already very dangerous for LGBT people, the AP reports: 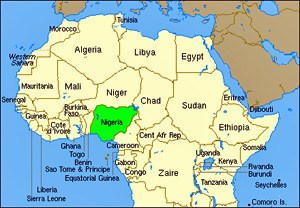 Activists fear that discrimination and violence will only increase if a bill drawing strong support in Nigeria’s legislature is passed. Under the measure, couples who marry could face up to three years in jail, and witnesses or anyone who helps couples marry could be sentenced to five years behind bars.

“If this bill passes into law, the Nigerian government will be sanctioning even greater discrimination and violence against an already vulnerable group,” said Graeme Reid, lesbian, gay, bisexual, and transgender (LGBT) rights director at New York-based Human Rights Watch.

The proposed law also has drawn the interest of European Union countries, some of which already offer Nigeria’s sexual minorities asylum based on gender identity.

A report on the legislature's movement, AFTER THE JUMP…