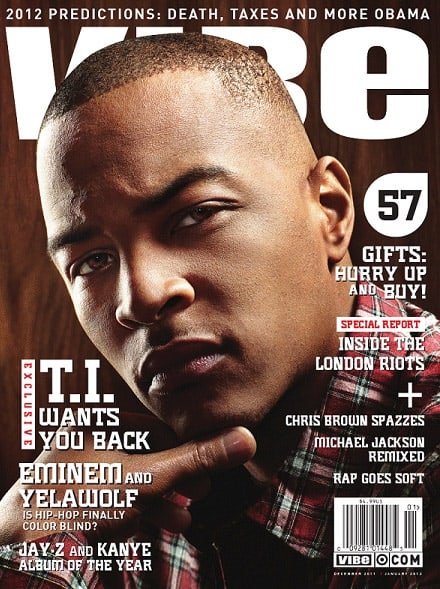 In the new issue of Vibe, T.I. sounds off on the Tracy Morgan controversy, and suggests that it's un-American for gay people to speak out against those who criticize them:

Man, I will say this, the funniest joke I ever heard Tracy (Morgan) say during a stand-up was, ‘C’mon man, I think gay people are too sensitive. If you can take a dick, you can take a joke.’ [Cracks up laughing.] That shit was funny to me. And it’s kind of true.’

While T.I. makes clear that he supports anyone’s sexual preference, he then connects, in his opinion, a current oversensitivity among gay people with a consequential and ironic offense of the First Amendment. “They’re like,‘If you have an opinion against us, we’re gonna shut you down.’ … That’s not American. If you’re gay you should have the right to be gay in peace, and if you’re against it you should have the right to be against it in peace.’