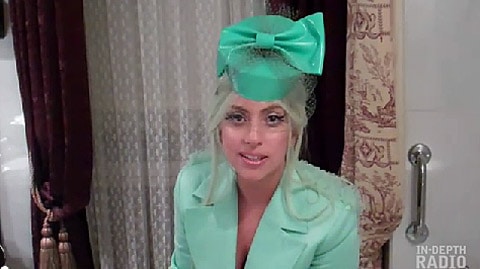 Lady Gaga surprised a Canadian high school student by responding to his request for a video speaking out against bullying, the Canadian Press reports:

School principal Rob MacKinnon said Lady Gaga recorded the video message after student council president Jacques St. Pierre wrote a letter to her several months ago, asking for a word of support for the equality assembly.

St. Pierre, 17, was motivated to make a change after being bullied himself growing up. As the student council president of the Etobicoke School of the Arts, he organized a school assembly with an anti-bullying theme.

“I got called the gay kid, the fag, because I liked to be in the school plays,” St. Pierre told CBC. “I lost my best friend because he joined in with the bullies. It’s not fun, I’ve been there, I’ve been bullied. Before that, I didn’t know bullying could affect people so severely.”

Gathering pledges from fellow students and contacting an array of celebrities for their support, St. Pierre was overjoyed and emotional after he received Gaga’s heartfelt video voicing her unconditional support for his actions.

Watch Gaga's video, AFTER THE JUMP…

Previous Post: « News: Scotty McCreery, God and Thanksgiving, Topeka, Cameroon
Next Post: T.I.: Celebs Should Be Allowed to Speak Out Against Gays Without Being ‘Shut Down’ »