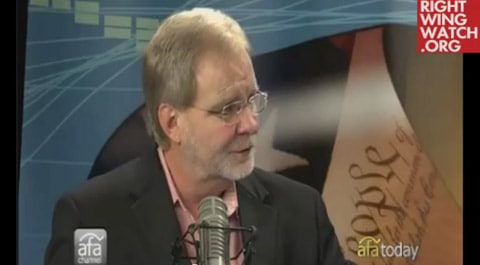 The American Family Association's Buster Wilson has obviously been comparing notes with the CWA' Tamara Scott, who has been worried about same-sex marriage leading to people marrying the Eiffel Tower.

Said Wilson: "Polyamory, that’s gonna come out of it. We have talked about people who brought to the forefront their desire to marry—one guy had a desire to marry a building, another one a car, another one his dog. It’s just unbelievable, if you throw off the restraints and you say there’s no Christianity that’s going to guide how we look at this issue as a nation, then anything goes."