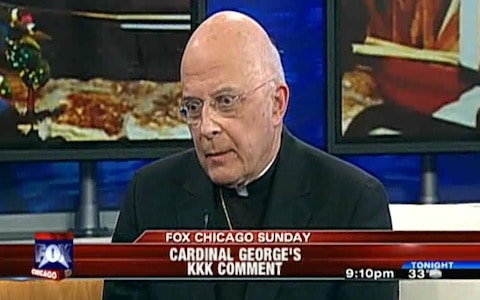 Because this year's Chicago Gay Pride parade was rerouted earlier this year and will pass in front of Chicago's Our Lady of Mount Carmel Church, Catholic leaders are speaking out against it.

"You don't want the gay liberation movement to morph into something like the Ku Klux Klan, demonstrating in the streets against Catholicism." he said on FOX Chicago Sunday.

Watch a report from Chicago's FOX affiliate, AFTER THE JUMP…