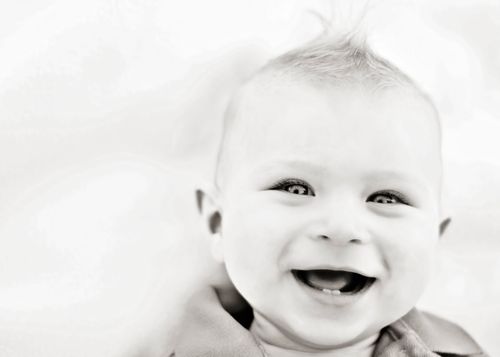 Because of the holidays, it's been another slow news weekend and another truncated shift of weekend bloggery. Here's a news roundup anyway.

And listen — it's been a blast writing for you this year. Thanks for the chance. I hope you're all having fun tonight, staying safe, and ringing in the new year with people you love. See you next Saturday. – BKT

HuffPo makes it official: The New Year is definitely gay.

After a battery of tests, doctors have confirmed that the newborn is, in fact, homosexual. "Statistically, it was bound to happen," states the former Baby New Year of 2011. "After 2,011 heterosexual years, a gay one had to come along eventually."

… Experts are not sure what will result from this circumstance. Many analysts agree that, for the first time, homosexuals in the United States may be treated as full and equal human beings during the coming year. However, it is too early to tell.

One thing is clear: a gay Baby New Year will make it much harder to demonize or scapegoat homosexuals in 2012. Since it is also an election year, Republican presidential candidates are scrambling to adjust. Hardest hit is Michele Bachmann, who has built much of her political career capitalizing on her stand against homosexuals. Changing her political strategy this close to the election will be difficult. She and husband Marcus have cancelled their New Year's Eve plans. Sources close to the couple say that they will be staying home in an attempt to "pray the baby away."

The Chicago Tribune patiently explains why LGBTs are not the same as the KKK.

In the future, we will all manscape.

How to make a child cry with an in-store iPhone demo.

Three days before the Iowa primaries, and the Rick Perry's campaign is already trying to figure out who to blame for its colossal failure:

“There has never been a more ineptly orchestrated, just unbelievably subpar campaign for president of the United States than this one,” said a senior Perry adviser.

… the view of the outsiders who took over Perry’s campaign is that the candidate was set up for failure by an insular group led by Dave Carney, the governor’s longtime political guru, which thought they could run a presidential campaign like a larger version of a gubernatorial race and didn’t take the basic steps needed to professionalize the operation until the candidate already was sinking.

“They put the campaign together like all the other Perry campaigns: raise a bunch of money, don’t worry about the [media coverage], don’t worry about debates and buy the race on TV,” said a top Perry official. “You have to be a total rube to think a race for president is the same as a race for governor.”

Because Perry had never been defeated in his career in state politics — and came from behind to crush Sen. Kay Bailey Hutchison in last year’s Texas gubernatorial primary — his Texas operation projected an air of supreme self-assurance and indifference to outside advice.

Carney, a longtime GOP strategist who worked for Bush 41’s presidential campaigns, declined to comment for this story.

“I don’t think so,” he said in response to an email asking to get his side. “Not much good can come from process stories like this.” [Ya think?]

Leaving behind a year of bruising legislative battles, President Barack Obama enters his fourth year in office having calculated that he no longer needs Congress to promote his agenda and may even benefit in his re-election campaign if lawmakers accomplish little in 2012.

How ordinary morality made 2011 the most LGBT-friendly year in American history:

… They didn’t ask people to accept gay marriage by holding their moral noses. Rather, they set out to change change people’s minds about what is moral.

The gay marriage movement told the stories of its courtships, invoking the ancient Platonic idea of love as the recognition of the goodness in the other person.

Genora Dancel and Ninia Baehr, the original plaintiffs in the Hawaii case, had a nine-hour first date. They told the stories of their caring, invoking the morality of the strong helping the weak and making a world you yourself would want to live in.

Ron Wallen, 77  years old, told a panel of the U.S. Senate, which was considering repealing the Defense of Marriage Act, about  his four years in hell nursing his partner of 58 years through fatal leukemia. “And as rotten as those four years were,” Wallen testified, “they were made ever so much easier because we had each other for comfort and love.” Slowly, story by story, the gay marriage movement began to remake the conversation about morality.

UPDATE: The busted links are fixed.