The latest PPP polling from Iowa: 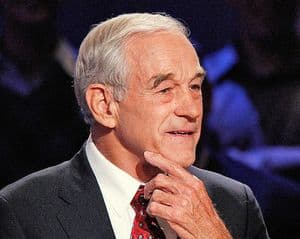 Newt Gingrich's campaign is rapidly imploding, and Ron Paul has now taken the lead in Iowa.  He's at 23% to 20% for Mitt Romney, 14% for Gingrich, 10% each for Rick Santorum, Michele Bachmann, and Rick Perry, 4% for Jon Huntsman, and 2% for Gary Johnson.

Paul's ascendancy is a sign that perhaps campaigns do matter at least a little, in a year where there has been a lot of discussion about whether they still do in Iowa.  22% of voters think he's run the best campaign in the state compared to only 8% for Gingrich and 5% for Romney. The only other candidate to hit double digits on that question is Bachmann at 19%. Paul also leads Romney 26-5 (with Gingrich at 13%) with the 22% of voters who say it's 'very important' that a candidate spends a lot of time in Iowa.  Finally Paul leads Romney 29-19 among the 26% of likely voters who have seen one of the candidates in person.