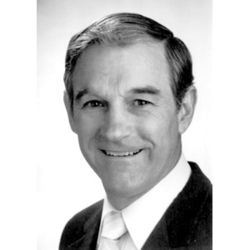 As the furor over Ron Paul's 20-year-old, allegedly racist/homophobic/classist/sexist/whatever newsletters has raged on and on, more than one thoughtful soul has wondered if Dr. Paul might not be being quoted out of context. It is certainly possible, say, to imagine a context in which this quote might be harmless:

…the largest blood bank in San Francisco … holds blood drives in the gay Castro district, where people give at three times the usual level. Either they are public spirited, or they're trying to poison the blood supply.

… for example, by ending it with the phrase: "Though obviously anyone who believes that is a misanthropic crank who should never, under any circumstances, be taken seriously."

Well, now we know for a fact what Ron Paul really wrote, thanks to The New Republic. And man, he really didn't like gays. (And yes, it seems Ron Paul really did write these things, no matter what he says, because they're filled with utterances like ""Just because I favor the legalization of drugs doesn't mean I'm in favor of using them. As a physician, I know they're bad stuff.") TNR has scanned page after page of Dr. Paul's old newsletters, and again and again he displays the most atrocious paranoia — he really seems to have believed, in the late 80's and early 90s, that the gays wanted to rape children, desecrate the Eucharist (which, to be fair, some of us do), die young of atrocious diseases on the taxpayer's dime, and give everyone AIDS.

And he seems to have liked blacks even less than he liked gays.

For the record, Ron Paul's now the favorite to win Iowa.