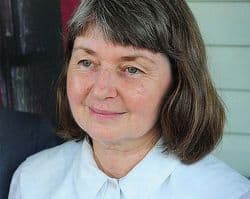 "I knew I didn't want to stay in a party if that was their stand…It's not something I believe in and it's also the way it happened that I dislike. I no longer liked the direction the Labor Party was going at state or federal level and I couldn't work for a party that had endorsed homosexuals marrying…I don't believe gay marriage is good for the community. Homosexuals should be loved and treated right and they should not be discriminated against. It is a horrible thing for them to be discriminated against and that's why my brother introduced laws so they are not discriminated against. But to make that huge leap from their rights to breaking a commandment of Moses, to say homosexuals' relationships is marriage, is utter nonsense."

Shelley Argent, the national spokeswoman for the lobby group Parents and Friends of Lesbians and Gays said: "I think what she needs to understand is that it was a fair and equal vote and it was decided to favour same-sex marriage." She added Christians did not stand to lose anything. "It's just one of those really sad things when people are actively working to deny people their rights and dignity,'' Ms Argent said. "It's what I'd call religious, not Christian."