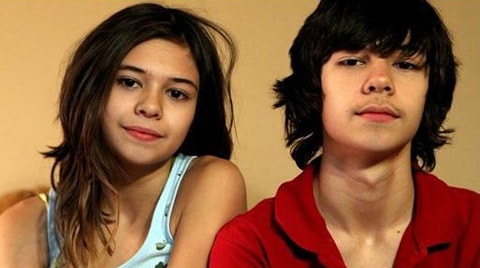 Born identical twins, the siblings share the same DNA, but their gender identification took divergent paths. Now, at age 14, they are brother and sister, as Wyatt's transition to Nicole is well under way.

Nicole is 5-feet, 1-inch tall and 100 pounds; her twin brother is 5-feet, 6-inches and weighs 115 pounds — and they are best friends. Their story — marked by tearful emotions, bullying at their first school and eventually a lawsuit and a move to a different town — was chronicled in the Boston Globe on Sunday.

“Dad, you might as well face it,’’ Wayne recalls Jonas saying. “You have a son and a daughter.’’

That early declaration marked, as much as any one moment could, the beginning of a journey that few have taken, one the Maineses themselves couldn’t have imagined until it was theirs. The process of remaking a family of identical twin boys into a family with one boy and one girl has been heartbreaking and harrowing and, in the end, inspiring – a lesson in the courage of a child, a child who led them, and in the transformational power of love.