Bright Eyes frontman Conor Oberst and 16 other musicians are speaking out about a bill I posted about last week proposed by State Sen. Beau McCoy that would prohibit local municipalities across Nebraska from enacting their own anti-discrimination ordinances. The proposed legislation would block plans by Omaha City Councilman Ben Gray to protect LGBT people from discrimination in that city. 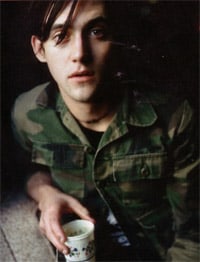 In a letter Tuesday, Oberst and 16 other musicians called it “deplorable and unacceptable” to attempt to block Omaha City Councilman Ben Gray from winning passage of an ordinance to ban discrimination against homosexual and transgender people. Gray has said he would propose such an ordinance this month or next…

…The letter was sent to senators on the Legislature's Judiciary Committee. Others signers include members of The Faint, Big Harp, So So Sailors and Honeybee & Hers.

The musicians fear if lawmakers pass the bill, it will deter creative people from exploring opportunities in Omaha and could persuade some gay, lesbian, bisexual and transgender people to leave the community.

“Progressive cities attract eager newcomers, both young professionals and artists, which in turn creates growth and economic prosperity,” the letter stated. “LB 912 will send the message to the world that Nebraska is not forward thinking or welcoming.”

A hearing on the bill has not scheduled.