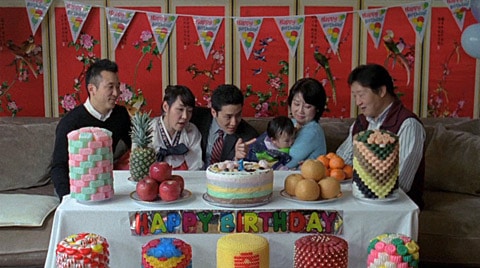 A short film screening at Sundance was also used as a vehicle for the filmmaker, Andrew Ahn, to come out to his family.

In the film, Nick is a gay Korean-American man living in Los Angeles’ Korean neighbourhood with his partner. When Nick attends his nephew’s dol, a traditional Korean first birthday party, he finds himself longing for a life out of reach to him. Ahn said: “I made this film to come out to my parents. I knew I wouldn’t be able to tell them, to say the words ‘I’m gay’. “So I cast my family in the film, but never told them that it was about a gay Korean-American man. The filmmaking process both distracted from and prepared me for the inevitable – that I would eventually have to show my parents the finished film.”

A trailer for the film, AFTER THE JUMP…