Christie nominated Phil Kwon, who worked under Christie when he was U.S. attorney, and Bruce Harris (pictured), who was elected mayor of Chatham Borough in November. They would replace former Justice John Wallace, who Christie declined to reappoint in 2010, and Justice Virginia Long, who faces mandatory retirement next month. 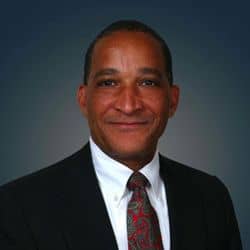 "As I told the Governor right then and there, you could have picked me up off the floor.

"When I met with Governor Christie in 2010 at his request, he told me that though we would differ on some issues like marriage equality, he viewed the LGBT community as an important part of New Jersey, and that he wanted his Administration to have a good working relationship with Garden State Equality. That has been the case every step of the way. Since Governor Christie took office, his Administration has treated us with warmth and responsiveness. Yes is yes, no is no, and we’ll get back to you means they get back to you faster than you thought, usually with invaluable help. To be clear, the Governor and his staff were invaluable in helping us pass the Anti-Bullying Bill of Rights, the nation’s strongest anti-bullying law that the governor signed in January 2011.

"No one’s asked me to say any of this – I am simply giving credit where credit is due, too rare in political life.

"Now, as for the marriage equality bill: The Governor and I didn’t discuss that in our phone conversation. I recognize, and caution everyone, that it would be unwise to read any change here in the Governor’s position on marriage equality; he has said in past months and years that he would veto the bill, and we take him at his word. We will fight hard every minute of every day to win marriage equality in New Jersey. Nothing will deter us.

"But again, right now, that doesn’t mean we should not give credit where credit is due. Today, the Governor has made civil rights history, and on behalf of all of us at Garden State Equality, I extend to him our most profound appreciation."

Previous Post: « Teen Involved in Gang Rape of 11-Year-Old Girl Says Gay Taunts Pressured Him Into It
Next Post: Santorum Says He Would Outlaw Gay Marriage Because It Doesn’t Reflect ‘God’s Will for Us’: VIDEO »