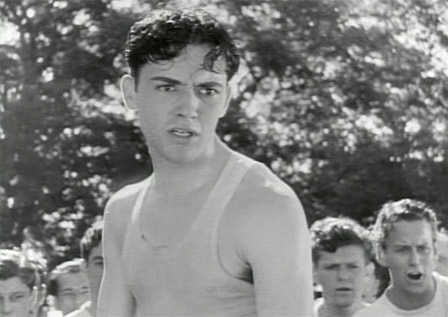 This morning's Oscar nominations exposed the Academy of Motion Picture Arts and Science as total nostalgia freaks. War Horse is a self-conscious throwback, Midnight in Paris investigates our impulse to romanticize the past, My Week With Marilyn's skirt is totally blown up for the world's neverending Monroe obsession. Most tellingly both nomination leaders Hugo and The Artist bow down in worship of silent movies. So what better timing than today for the re-release of the very first Best Picture winner WINGS (1927) on BluRay. 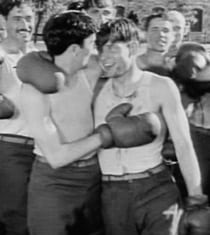 If you've never seen it, it's totally worth a look and not just for the gorgeous flyboys. Charles "Buddy" Rogers and Richard Arlen play Jack and David, two fighter pilots who are initially at odds. In one early military training scene they're constantly giving each other the eye. Their drill master calls them "powder puff guys" — I'm not making this up — and then they proceed to beat the shit out of each other. Jack regularly has David flat on his back but David won't give up. Finally Jack stops and smiles.

"Boy you're game!" he says in a title card and just like that they're besties, tenderly wiping blood from mouths (with boxing gloves still on). It's all macho ridiculous and incredibly hot if you ask me. Their super tight friendship, threatened by sharing the same love ("It" girl Clara Bow), finally leads to one of the most famous embraces in early cinema… AFTER THE JUMP… 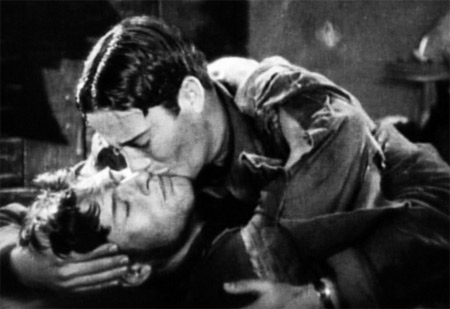 I promise you that "Buddy" never kisses Clara Bow with this much passion. Such a great movie!

If you'd prefer modern hotties with boxing gloves REAL STEEL is also out today. But Hugh Jackman doesn't make out with his male costars so Wings wins. 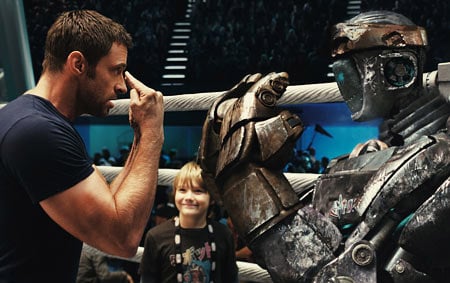