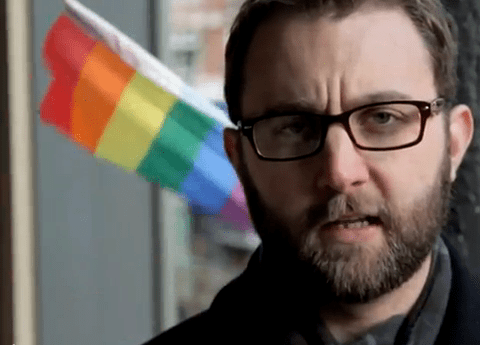 Iowan filmmaker Scott Siepker wants the nation to know something: his state is more than just the social conservatives who make up Republican caucus goers. It’s a vibrant, hardworking and successful place that has its cake and eats it too.

“You heard we’re a bunch of knee-jerk conservative reactionaries, well I guess that’s why we went Democratic in five out of the last six presidential elections,” he says in a two-minute short called “Iowa Nice,” which offers a litany of the Hawkeye State’s more positive attributes, like how it has the 6th lowest unemployment rate in the nation and Iowa’s farmers feed 155 people a day.

He also wonders, mere seconds into the video, “Did your state legalize gay marriage before us? Probably not.”

Speaking to the Des Moines Register after the video’s release, Siepker remarked, “The ideal outcome is to get people to know Iowa as it is, and not what you think it is.”

It’s so good, it could have been made by the state’s tourism board, except there’s some minor cursing.

Check out “Iowa Nice,” AFTER THE JUMP…