Anti-gay groups in Sierra Leone are promising bi-weekly protests in reaction to growing pushes for LGBT rights in the region and efforts by Western politicians to enforce the human rights of LGBT people in African nations, Africa Review reports: 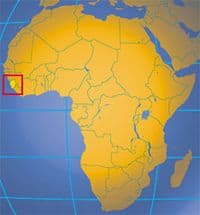 Close to 1,000 protesters thronged the streets at the east end of Freetown attracting scores of onlookers on the process who cheered them on.

The post Friday prayer demonstration was organised by the Inveterate International Islamic Revitalists, who said they were worried that persistent pronouncements from major powers could influence the country`s politicians to recognise “alien” and “immoral” practices in the country.

The organisers say the protests will be a bi-weekly affair.

Sheikh Marrah, one of the leaders of the protesters, referred to a recent statement by US Secretary of State Hilary Clinton who said US would use aide to encourage the respect of the rights of gays and lesbians.