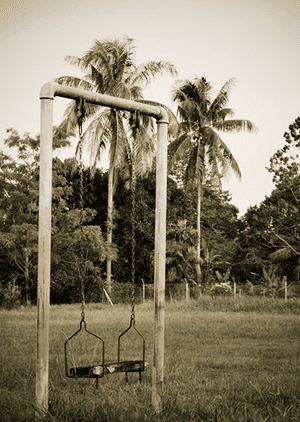 The AP has an excellent feetch this weekend on minor-on-minor sex abuse in America. It's an ugly problem, and a big one: more than a third of child sex abuse cases in America involve perps who are under 18. From the article:

For many of the therapists and attorneys who deal with them, these juvenile offenders pose a profoundly complicated challenge for the child-protection and criminal justice systems. It's a diverse group that defies stereotypes, encompassing a minority of youths who represent a threat of long-term danger to others and a majority who are responsive to treatment and unlikely to reoffend.

… While some youths commit violent, premeditated acts of sexual assault and rape, others get in trouble for behavior arising from curiosity, naivete, peer pressure, momentary irresponsibility, misinterpretation of what they believed was mutual interest, and a host of other reasons.

But there's no mechanism with which to deal with this relatively inoffensive majority, and a lot of kids are unfairly penalized, or subject to traumatic experiences. The Adam Walsh Child Protection and Safety Act, signed by President Bush in 2006, demands that some sex offenders as young as 14 be listed in public registries. Some states find this too lenient, and have even tougher registry laws: In the article, the AP reports that "Delaware recently had a 9-year-old on its registry." Nancy Arnolt, who works for a victim-services agency in New York called Safe Horizons, recalls investigations of seven-year-olds, and the arrest of an eight-year-old.

This overzealousness has caused much misery. Jay Deppeler, who runs a treatment center for offending male youths in Pennsylvania, has been in the field long enough to witness it firsthand:

Deppeler recalled one autistic young man who came through Edison Court as an outpatient. He had committed a sex offense as a 14-year-old and later – after turning 18 – committed a property-related offense that sent him to the adult criminal justice system. As a result, the young man became obligated to apprise prospective employers of his full record, including the juvenile sex offense – making him "virtually unemployable."

"Long term, I fear his prospects are quite bleak," Deppeler said. "What do we end up doing with a guy like that?"