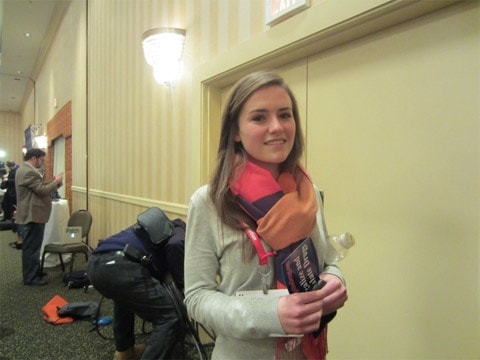 Buzzfeed speaks with Rhiannon Pyle, who confronted Rick Santorum on same-sex marriage yesterday: "When I got that opportunity I was like, I got this."

She says she wish she'd pushed harder: "I wish he'd answered about that because he just kind of like didn't even answer that part of it."

In other Santorum news, Dan Savage wrote a piece for The Guardian about Santorum's "homophobic frothing" and appeared on Keith Olbermann's show on Current TV on Tuesday night, reminding viewers that not only does Santorum have an anti-gay agenda, but an anti-straight one as well.

But Rick Santorum and the GOP have a much bigger problem on their hands than a joke my readers made at Santorum's expense nearly eight years ago. The GOP's doubling down on homophobia, the non-stop gay bashing, is going to cost them votes – and not just the votes of 9,000,000 (or more) LBGT Americans out there, but, again, the votes of tens of millions of our straight family members, friends and coworkers.

Watch the Olbermann clip, AFTER THE JUMP… 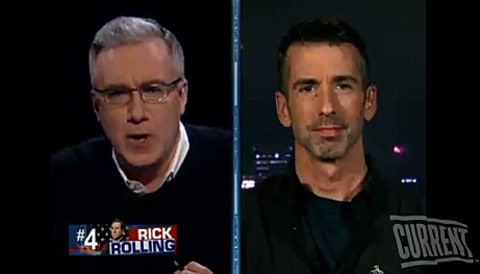