Back in January, I posted a video featuring Love Georg Elfvelin, a 21 year old store manager in Sweden, who explained that the Swedish Government mandates forced sterilization of any trangender person who wants to legally change his or her gender. 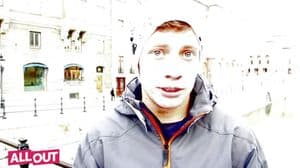 Said Elfvelin, in the video: "I'm trans. That means I am born in a female body but my heart says I'm a man. I'm speaking out today because the Swedish government is forcing thousands of people like me to make an impossible choice. If I need to change the gender of my identity cards to reflect my true self, just a small change from an 'F' to an 'M', my country forces me to be sterilized."

Over the weekend we learned from activist group AllOut that the conservative Christian Democrats – members of the governing coalition in Sweden and primary obstacle to ending the policy of forced sterilizations – reversed course and announced that they'll be supporting a ban on the practice.

"It's time to abolish the requirement for sterilization at sex change," leaders of the Christian Democrats wrote in an opinion piece published Saturday in the Swedish press.

More than 77,000 people all around the world took a stand, and together with activists on the ground built the international momentum that finally pushed Prime Minister Reinfeldt and party leaders to end this cruel practice. We will work hard with partners in Sweden to make sure the formal change happens as soon as possible., but thanks to your efforts we have eliminated the major obstacle to repeal.

Watch the video, if you missed it, AFTER THE JUMP…

Previous Post: « Chris Colfer is ‘Struck by Lightning’: TRAILER
Next Post: Bucketloads of Something Dirty Forecast in Britain: VIDEO »